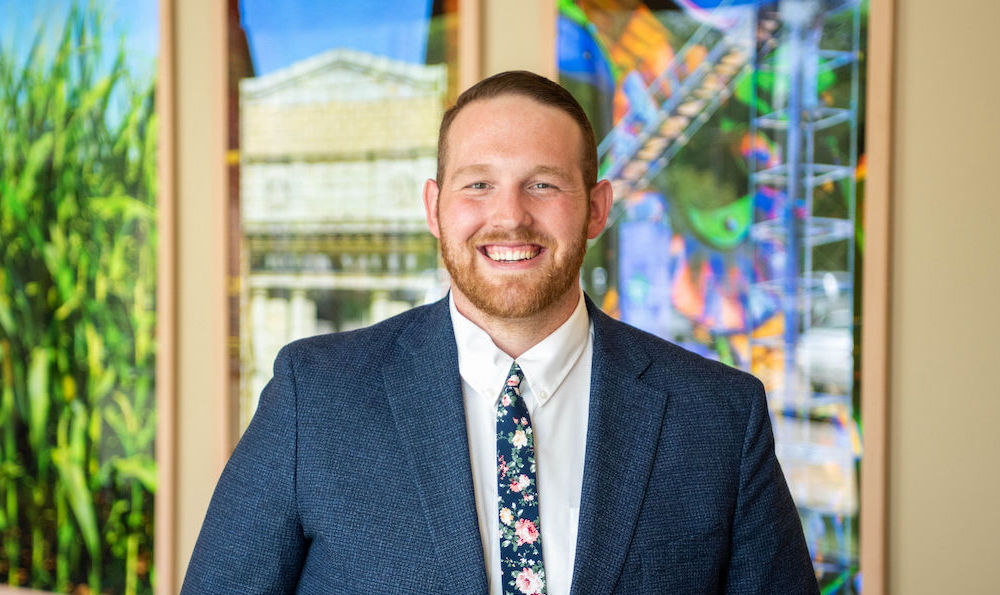 Dr. Preston Sereg – Family Practice & OB Physician serves the Mahaska Health community as a Family Practice with Obstetrics Physician. Dr. Sereg was born and raised in Oskaloosa and has worked in healthcare for the past 9 years. Dr. Sereg chose to practice at Mahaska Health because he wanted to take part in and give back to the community that provided him so much growing up. He says that a healthy and happy life looks different to everyone and ailments do not often affect everyone in the same way, so getting to know his patients and listening to them is the best way that Dr. Sereg guides his patient’s care and treatment.

His professional interests and clinical expertise lie in the areas of sports medicine, pediatrics, obstetrics, and chronic disease management.

When Dr. Sereg isn’t seeing patients, he enjoys going for a jog or a bike ride on the trails, going to the Community Stadium to catch a game, or going to Jaarsma’s bakery for a special treat with his growing family on Saturday mornings! He is also an avid Kansas City Chief’s fan and he loves traveling to Kansas City for great football, great people and even better barbeque!

Favorite quote: “It is not the critic who counts; not the man who points out how the strong man stumbles, or where the doer of deeds could have done them better. The credit belongs to the man who is actually in the arena, whose face is marred by dust and sweat and blood; who strives valiantly; who errs, who comes short again and again, because there is no effort without error and shortcoming; but who does actually strive to do the deeds; who knows great enthusiasms, the great devotions; who spends himself in a worthy cause; who at the best knows in the end the triumph of high achievement, and who at the worst, if he fails, at least fails while daring greatly, so that his place shall never be with those cold and timid souls who neither know victory nor defeat.”- Theodore Roosevelt

To schedule an appointment with Dr. Preston Sereg, please call Mahaska Health at 641.672.3360.